The Warlord Era in China was the result of the disintegration of power after overthrowing the Qing Dynasty (last dynasty of China) which caused the country to be split into many different factions/regions which were controlled by local leaders. These powerful leaders had armies, wealth allowing them to gain power easily. To some extent, it began when the Qing dynasty started to wane and after completely removing the monarchy, these individuals and their families moved to gain power. This continued on when the country became a republic with Yuan Shikai as the president.

When Yuan Shikai attempted to revive a new monarchy, making himself a new emperor of a new dynasty, the local leaders lost the little faith they had in the new nationalist government so when Yuan Shikai died in 1916, China basically collapsed into a divided warlord state. You can  basically think of this as many different little kingdoms run by an authority figure (warlord) who had an army and owned all the land in that particular region. It remained like this until 1927 when a new leader, Jiang Jieshi reunited China again and the collapse of the warlord era. 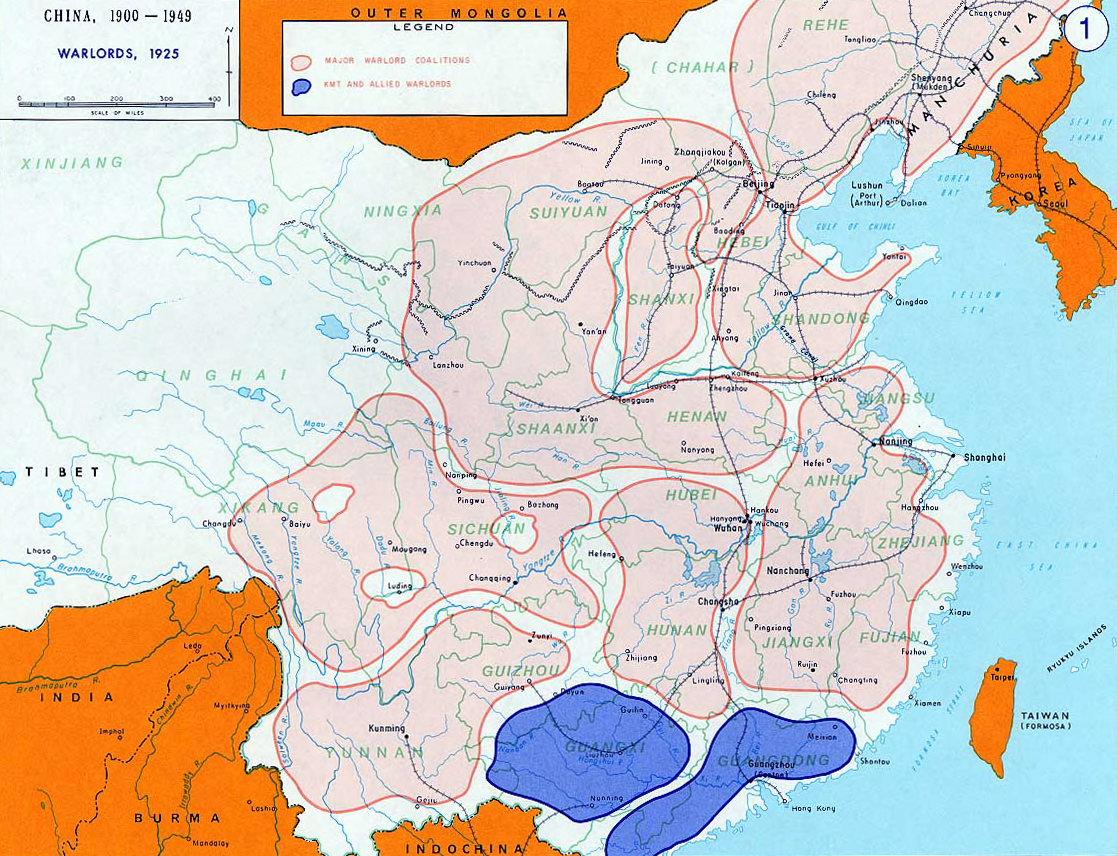 It’s easy for China to become fragmented due to the different cultural  differences between different regions and the diversity of population. During the Qin Dynasty, due to the backing and support of foreign countries, local leaders and groups exerted influence and control over their region. Although the Qing Monarchy still had strong control over Beijing and Northern China in areas such as British backed Guangdong, mountainous regions in Central China, these local figures were just as influential if more than the Emperor of China. This was further accelerated by the reforms of the late Qing Dynasty where there was no nationalist army, instead a nationalist army was formed when needed from the regional armies/militias.

In 1850-64, the Taiping rebellion allowed local authorities to raise their own armies to fight against the rebels. These armies were not disbanded even when the rebellion was over, creating a powerful regional army, the Beiyang army, led by Yuan Shikai. The trigger of overthrowing the Qin dynasty came where there was a widespread mutiny of the soldiers across Southern China. Soldiers once loyal to the Qing government defected to the opposition, the revolutionary forces, led by Dr Sun Yat-Sen. However they were no match to Yuan Shikai’s army who was equipped with the latest weaponry and received the best training. Sun Yat-sen then negotiated with Yuan Shikai reuniting China and bringing an end to the Qing dynasty and recommending Yuan as the President of the new Republic.

However Yuan did not want a republic, instead he wanted to create a new Republic, this caused the southern provinces to rebel. The commanders of his army also were not happy with this decision and refused to recognize his monarchy. When he died in 1916, it created a power vacuum that was quickly filled by warlords. The national army, now leaderless was also up for grabs, falling into the control of different warlords who claimed them as private armies.

This was a period of intense instability with ongoing conflicts between different factions. Warlords sought for power by increasing the size of their armies, this was occasionally done by conscription or coercion but usually through enticement. Soldiers were often paid well and allowed to retain a share of what they took from the normal chinese civilians, therefore in rural areas, poverty was widespread.

Warlords were a diverse group of people who had different objectives, backgrounds and attitudes. Some were former officers in the Qing military, others were provincialists and some were traditionalists who clung onto Confucism whilst others progessives who wanted new change to occur in China. Some of the warlords view themselves as potential unifers and would be the next Emperor of a new dynasty.  One common trait amongst the warlords apart form seizing power, was to make themselves wealthy. There was flourishing exploitation, corruption, banditry. Inflation was high as local warlords would over print money, they imposed new taxes and raised existing ones, revived the sale of opium etc.

However, there were some benevolent warlords who recognized the need for change. One was Yan Xishan who controlled the region of Shanxi which was also one of the poorest regions on China at the time. He initiated land reform, weakening the power of land owners, he decided to combat female illiteracy by creating vocational schools for girls teaching them domestic skills as well as learning to read and write and attempted to tackle unemployment and the opium trade as well as economic reform.

Although a national government did exist in China during this era, however it was more of a figurehead and had  no national control. It was known as the Beiyang government and provided a front for the dominant warlord/ faction in Beijing at that time. Despite having no real power, it was recognized by foreign powers meaning that foreign merchants would pay exorbitant taxes to this government which then went to the dominant warlord who controlled the government. This financial incentive caused bitter fighting over Beijing, making the Beiyang government unstable and interchanging constantly.

By 1925, unemployment due to the warlord faction reached 168 million. Meanwhile, the Kuomingtang, the Chinese National party managed to form an alliance with Moscow Comintern and Chinese communist party to end the period of warlordism and became known as the First United Front. The party had also established a government in Guangzhou and had focused on training new officers to create an army, the National Revolutionary Army (NRA). In 1928, led by Chiang Kaishek they started the expedition north, recapturing the north. Despite the reunification, conflicts continued to break out, erupting in war constantly. This continued through to the Japanese occupation of China until 1936 when the government started to shift it’s focus to prepare for the war against Japan and fighting between different factions started to halt as they faced a greater threat, the Japanese Imperial Army. 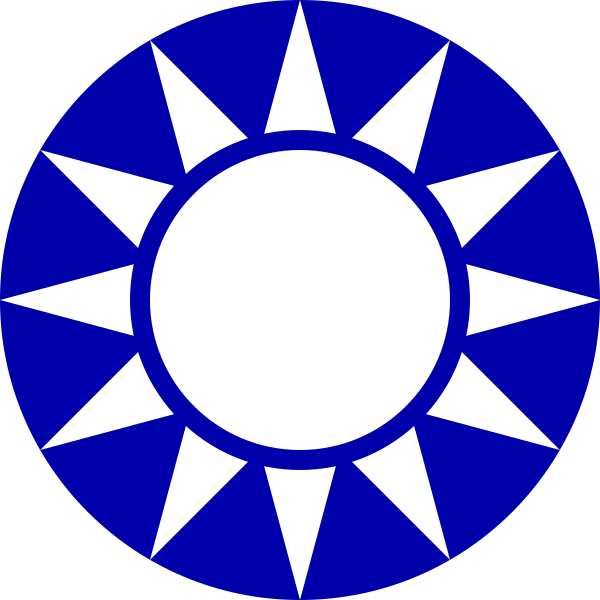